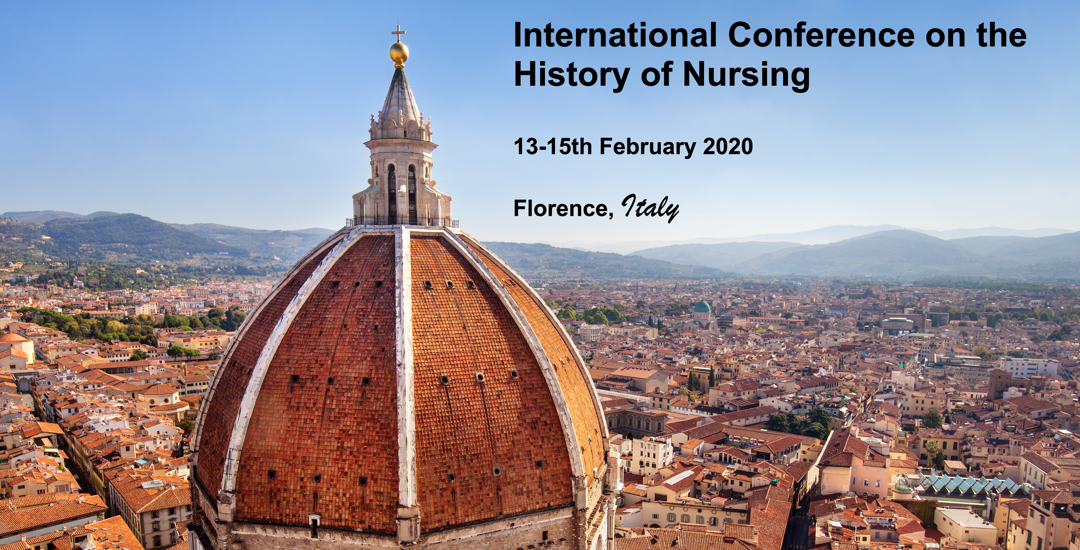 The Florence 2020 Conference, while being located in the city of Nightingale’s birth and clearly associating itself with her image and achievements, is intended to be broad-ranging and inclusive. Florence Nightingale is taken as an important reference-point to the history of modern nursing, but the purpose of the conference is to highlight current research across a wide field of endeavour.  Abstracts relating empirical research in the history of nursing are particularly welcomed; but the Scientific Committee will also consider work relating to the history of medicine, and the history of healthcare more broadly conceived.

6th Workshop of the German Association for the History of Nursing (GAHN) June 15 2019, Heidelberg

With the new German Nursing Care Law (2004) some structural changes of nursing career were processed by the Federal Government. The reforms base un debates conducted since the End of the 1980s. They include a more general view on the concept of health care jobs in Germany. The Workshop attributes a significant contribution to this debate. Six speakers will open an historical perspective on nursing from Ancient World to Present Day. Their presentations include theory and performance of job-training, as well as the basic studies and further education of nurses.

Program [all presentations in German]

11:15 – 11:45 Fruzsina Müller (Leipzig): The nursing school of the Deaconess House in Leipzig
11:45 – 12:15 Uwe Kaminsky (Bochum): Nursing training for men in the End of the Weimar Republic, using the example of the “Inner Mission”

12:15 – 12:45 Stefan Kiefer (Wiesloch): The „Revolution of Wiesloch“. An answer to the „Wärter“ [male nurses] -question and the professionalization of the nursing staff in Baden
12:45 – 13:30 Break
13:30 – 14:00 Annett Büttner (Leipzig): Education of assistant jobs in surgery from Ancient World to Present Day – an overview
14:00 – 14:30 Patrick Buber (Gevelsberg): Sites of Education and Learning: The development of expert seminars in geriatric nursing in the Federal State of NRW from 1950 to 2000
14:30 – 15:00 Pierre Pfütsch (Stuttgart): The Start of the academization process for the ambulance staff: Following the traces of nursing?

For further information and assignment, please contact the GAHN:

In most studies on the history of nursing photographs serve merely as an illustration of the analysis that the researcher derived from written sources. At the annual GAHN workshop that took place this year on 10 June 2017 at the Fliedner Kulturstiftung in Kaiserswerth, the participants discussed the opportunities of photography as a source itself for the history of nursing. Thematically the GAHN thus continued the discussion on “Visual History” from last year but narrowed the angle, focussing now exclusively on the medium of photography.

Photography must be understood as a cultural, political, aesthetic and social phenomenon. Nursing appears in these sources of visual history within the context of institutions where nurses are staged and photographed in a specific setting either as “main actors” or “extras”. Nurses themselves have left traces of themselves in private photos or photo albums that can be read as visual, personal testimonials. Behind the lens nurses also worked as photographers, e.g., during the First and Second World War. Hence the questions as to who were the male and female producers and what was their perspective are also issues for the history of nursing when it analyses the historic photographs of and by nurses.

During the workshop first presentations on the possible methodology and “history of photography in nursing” were discussed as well as some photographic material itself. As an introduction Annett Büttner (Archive of the Fliedner Kulturstiftung, Kaiserswerth) presented the photo collection of the Fliedner Kulturstiftung that consists of material from both the Fliedner family and the Department of Public Relations of the Diaconia, the Protestant Order to help the Poor and the Sick, in Kaiserswerth. While a rich collection, it was not systematically amassed. In the early nineteenth century, the Diaconia in Kaiserswerth used prints and drawings mainly for PR purposes to reach a large audience of donors and sponsors. With the establishment of photography in the second half of the nineteenth century we increasingly find portraits of deaconesses and supervisors yet still no images that reflected the everyday life in nursing. At the turn of the twentieth century nursing and social work became the subject of photography but these images are very formal and staged. The images speak more to the intentions of the employers than illustrate the actual work of a nurse. Here, the nurses served more as passive “extras” than as “actors” or agents. Only from the 1970s there are some snapshots that illustrate the reality of nursing somewhat more closely.

Birgit Seemann (research project: Jewish history of nursing, University of Applied Sciences Frankfurt) presented photographs from her research project on Jewish nursing in Frankfurt am Main. The focus was on nurses and patients in Jewish institutions in Frankfurt and from the Organisation of Jewish Nurses. Seemann emphasised that within the context of “visual politics of memory” (“visuelle Erinnerungspolitik”, Gerhard Paul), and with respect to research in the history of nursing, these photographs – though often damaged – are often the last traces of Jewish life and survival.

In her presentation “Fotography and the Search for Traces in the History of Nurse Anaesthetisia,” Karen Nolte (Institute for the History of Medicine, University of Würzburg) illustrated how photographs can be an important source to reconstruct the practices of nurse anaesthetists in Germany until the 1950s. She pointed out that drawings based on previous photographs in text books were used to illustrate some of the techniques. In the German depiction of the history of anaesthesia photographs of drip nurses are used to document the backwardness of the inhalation anaesthesia that nurses independently performed until the 1950s.